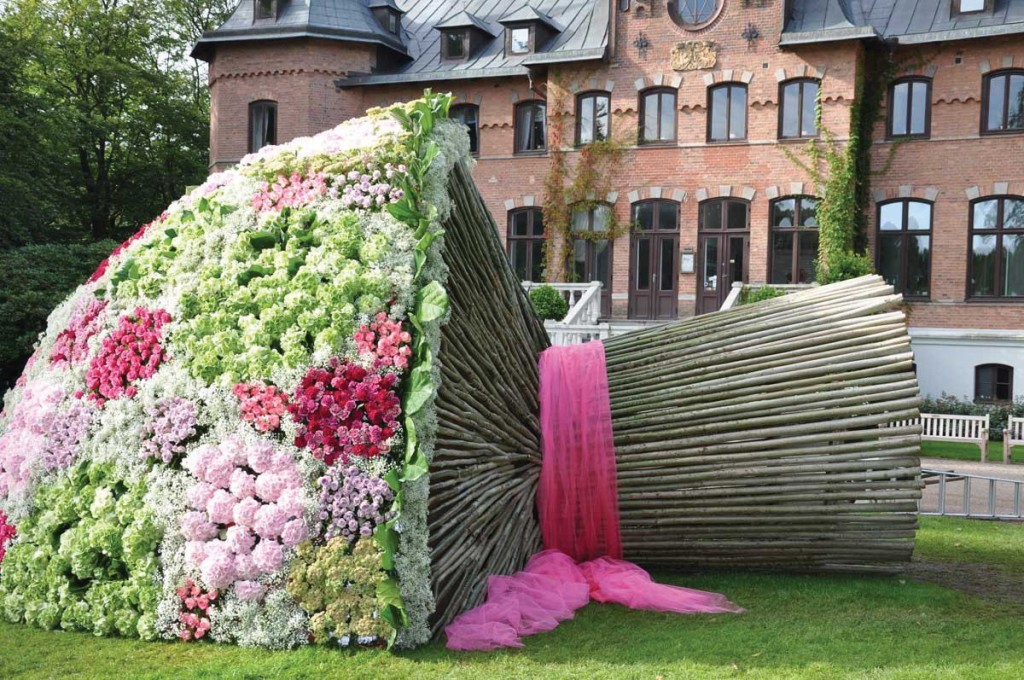 A bunch of flowers.