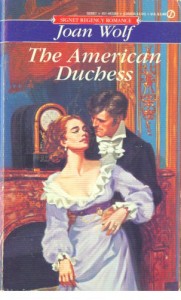 This month’s TBR Challenge called for participants to read a “classic” romance from their stash, for whatever definition of classic the reader decided on. I decided to define classic as “old” and went diving through my stash for books old enough to buy a pack of cigarettes and a scratch ticket. Being the ebook hoarder I am, I was spoiled for choice. I have a dozen never-read Heyers, a couple old Carla Kellys, a Pamela Morsi Americana novel, and Sandra Kitt’s The Color of Love. In the end I decided to read this Signet Regency from 1982 that I bought back in 2009. It had gathered enough dust and deserved its day in the sun.

Eighteen-year-old Tracy Bodmin is visiting London with her wealthy shipowner father and finds English culture quite foreign compared to her home of Salem, Massachusetts. She can’t make sense of the titles or rules of propriety and finds that nobody seems to quite say what they mean. She’s minded her manners and stayed polite, but she’s looking forward to going back home and seeing the man she plans to accept a marriage proposal from. An overheard conversation changes everything in an instant when she learns that her father is dying and has brought her to London hoping to find her an aristocratic husband. He expects the Duke of Hastings to make a proposal at their upcoming visit to his country home and Tracy isn’t sure what she wants to do. She wants to please her father so he can die at peace and she finds the duke entirely agreeable, but can a proud American republican be happy among England’s aristocracy?

Like a lot of people, regency romance was my entry point into romance. I started with Avon historicals, but I soon found out about traditional regencies from Signet (why haven’t they brought this line back in the ebook era?) and ate them right up. At some point late in 2009 I found Belgrave House, a retailer selling reissues of Signets, and bought everything Joan Wolf had on there. My favorite book of hers is still His Lordship’s Mistress, but this one might be my second favorite. Wolf has a sparse prose style that I don’t often see in newer books. It sets the scene without leading you along by the nose and telling you exactly what’s going on. I got to guess at why people showed up and said or did whatever without the POV character descending into their navel to psychoanalyze it to death for me. Wolf did a great job of drawing me into the story to experience it alongside the characters, and I loved that.

Marriage of convenience has got to be my favorite regency trope and this book is a good example of why. Our duke, Adrien, inherited an estate on the brink thanks to a gambler father and needs to marry money. Tracy’s father is worth ten million dollars and has admired the aristocracy since he was a young boy in Cornwall. Tracy wants to make her father happy and thinks the duke’s a handsome fella. Match made in heaven. All they have to work out is how an American anti-monarchist can be herself without harming her Tory husband’s political career. Or how Tracy will adjust to being a high-ranking member of a society she feels alien in. Or the different expectations a woman from Massachusetts and the English aristocracy have when it comes to marital fidelity.

A romance like this is all about internal conflict and characterization. It’s about watching two relative strangers learn about each other and develop a relationship in a situation where splitting up really isn’t an option. I enjoyed watching Tracy lose her temper at a dinner party and say exactly what she thought about English politics only to find out that her gender, nationality and rank made her comments charmingly eccentric rather than scandalously subversive, leaving her free to speak her mind. Adrian finds his straight-talking, insightful wife increasingly vital to his happiness as she provides a contrast to his diplomatic work and political wrangling. Both enter into the marriage for practical reasons then gradually grow fonder of the other until they start to feel unworthy of the other and worry about getting hurt. Tracy worries that she’s such an inept hostess that she’s holding his career back and earning his disappointment. Adrian worries that she’s still in love with the sea captain from Salem and is only married to him because she wanted to please her father before he died. Watching them work this out and learn to communicate was incredibly satisfying.

This is definitely one of the best books I’ve read in a while, but sometimes it got a bit… awkward.

He kissed the tears off her cheek. “It was because it was the first time for you. It won’t hurt like that again. I’m sorry.”

Tracy was reflecting on his words and remembering how he had made her feel earlier when she happened to glance down. She sat up abruptly and yelped in horror. “I’m bleeding!”

At the expression on her face her husband began to laugh. When she turned large, reproachful eyes on him, he schooled his face to gravity. “That, my love, is the proof of your virginity,” he said.

“Oh.” She frowned thoughtfully. “It happens to everyone?”

“I have had no prior experience, but so I understand,” he replied gravely.

She shot him a look and then regarded the evidence. “What a mess.”

“It is indeed. You were a virgin with a vengeance,” he said cordially and Tracy chuckled.

Final Assessment: Other than the wedding night scene and a couple bits where Tracey befriends her maid, resists being called by her title and declares slavery just awful and on its way out (because, you know, she’s one of the good ones), this was an absolutely solid trad regency. If it goes back on sale in ebook again, you should totally grab a copy. B+ 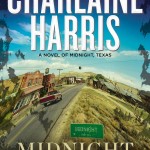 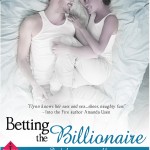 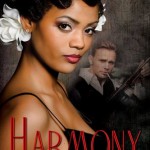 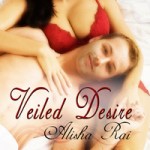 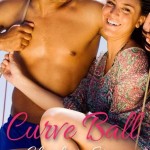 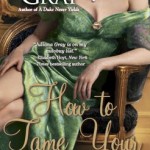 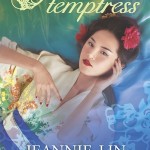 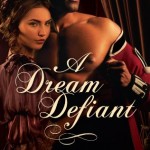 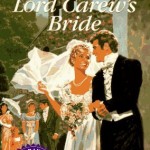 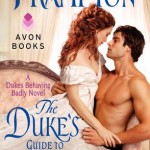 7 Responses to “The American Duchess by Joan Wolf”