So back to erotic romance. What did we do before we had a category to do it in? Pre-internet, Romance was less codified than it is today. Certainly there were publisher lines that indicated through experience what their comfort level was with sexuality. Signet Regency was well known for being a first kiss on the last page sort of read, until authors began pushing the edges with estranged marriage tales. Silhouette Desire came out in 1982 offering a higher heat level than Harlequin or Dell, followed quickly by Loveswept in 1983. (Both are tame by modern standards.) Soon everyone was inching it a wee bit hotter and then… well, that’s where SuperWendy picks up. What did readers do for erotic romance before Red Sage and all the rest? They crossed the color barrier. Before Johanna Lindsey kept it clean(ish) with Captive Bride in 1977 most extended length books leaving the shores of England or traveling into America’s South promised lots of sex. Tying into our (and by our I speak to a white American readership) racism was the unspoken agreement that non-white characters meant a different standard for acceptable sexuality. Our one drop Octaroon in the French Quarter was going to get raped by just about anyone she encountered. Our delicate white English heiress was off to be sold in the slave markets, after extensive tutoring in the ways of love (as it was often referred to, misspelling like mad) or a few near misses on the rape front.

Full length romance in the 70’s and 80’s was racism and rape laden. Readers loved it. People bragged in reading groups about how many page corners they’d turned down in a new title. Beatrice Small’s Kadin came out in 1978 and showed how the formula of exotic sex could be toned down from the plantation books and refined into a more mainstream romance experience. Readers were divided. Did Kadin have too much sex or not enough? Was this fish or fowl? If forced to nominate one book as the First Erotic Romance, Kadin would be a top contender. (It’s not quite that simple, of course. Angelique starts in what, the 1950’s?) Where Lindsey had made her semi-exotic sex acceptable by white washing the sheik (and tossing in a previously existing engagement) Small took no such cover. Her heroine was tossed out there to fend for herself. If she was going to survive, she was going to have to use her body. Romance writers were classed as Hot Reads or Safe Reads, depending on the number of men who raped the heroine. Because really, in a full length romance before Signet starts experimenting with their imprint, rape happens. (Woodiwiss made a splash of her own by whitewashing the slave in plantation novels to produce Shanna. I keep meaning to reread and review that one. It was a Very Big Deal when it came out. It’s also total inmate fetish fiction.)

Enter the Internet. Usenet, Compuserve, AOL, Prodigy, all the many ways romance readers began to talk to romance readers who didn’t attend the same PTA meetings. Suddenly the whispered “Have you read” conversations became open calls for hotter reads, fetish specific reads, recommendations for romances that were not your mother’s romance novels. Because the books your mother handed you probably weren’t from her hot read stash. (Let’s be honest, mom had her hookups. Swinger parties were too common for it to be otherwise. Besides, surprise paternity revelations were a thing long before Jerry Springer.) Everything about romance changed, from the books being published to the conversations held to the relation of authors to fans and publicity to market. Connecting the entire country created a wave certain publishers rode to wealth and others rode to ruin. (That’s a completely different TL;DR post.) What was I talking about? I forget. You kids get home, now. 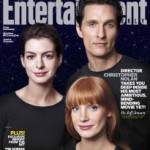 A Billion-Dollar Affair by Karen Valby