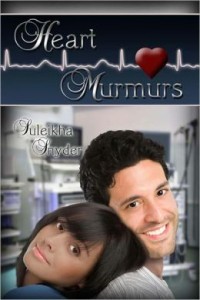 Let’s start with Anuskha. She’s still fresh faced enough at 26 to become flustered around men she’s having sex dreams about but seasoned enough not to let it affect her work. Anushka was more developed than I expected her to be. She’s very self aware and unwilling to compromise her long term goals for short term satisfactions. Her fatal flaw is being a character who says things out loud she meant to just be thinking. Who does that? Lots of fictional characters do but when did you last have lunch with someone who was shocked their thoughts became verbal? Whatever. I almost forgave Anushka because she was so confident in herself. (But seriously, authors, no.)

The object of her dreams, Dr. Vince McHenry,  is two decades older and far more jaded. Here is where the disclosure becomes relevant. Did I hear every word of his dialogue in Vincent Irizarry’s voice because of Dr. McHenry’s speech patterns or because of Snyder’s love for David Hayward? I’ve got a chicken and an egg but I don’t know which nest they belong to. Either way, Heart Murmurs works very well as a lost episode in Dr. Hayward’s life or a single episode in Dr. McHenry’s own. What’s not to love about an arrogant doctor with gifts as big as his ego? (Healing gifts. Please.)

Making Heart Murmurs even better was Snyder’s choice to mention the differences between the couple and then dispense with them. No biases related to age or ethnicity weigh down the breezy narrative. These are the people they are, this is why they are attracted to each other, this is how they resolve it. It’s credible from conflict to resolution. (Well except for the thoughts out loud thing because again, no.) If Snyder switches to angsty historicals I am so there.

Final Assessment – If you like breezy erotics, this will fit the bill. B+ 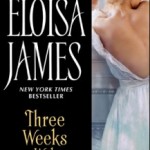