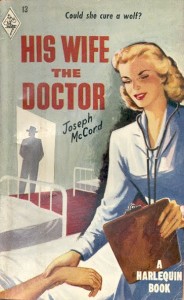 We need to talk.

I’m a big, big fan of yours. Since 2009, I’ve read over 150 of your books. Because disability restricts my ability to read paper books, I’d guess that 90% of those were ebooks that I paid for, since the library here stocks few ebooks. I probably have just as many of your books sitting on my TBR, purchased and waiting for me to read them. When I want a contemporary romance, you’re my go-to publisher. The shorter length suits straight contemporary that doesn’t need 90k words to fit paranormal world-building or a suspense plot, and you have a strong track record of offering heroines from all walks of life, from virginal ingenue to cynical motorcycle mechanic to a doctor in the 1940s. Believe me when I say I want you to succeed.

But there’s something I need to talk to you about. Something that’s starting to come between us and fracture this relationship I’ve built with you: your lack of stories about and by people of color.

Your books are almost uniformly white. And not just white, but non-hispanic white. I pull up my ebook library, which is, as I said above, mostly Harlequin contemporary romance, and nothing jumps out at me and begs to be read. All I see is a sea of white faces in pastel cardigans. When I go to your site, a similar fatigue sets in, and I go away empty-handed. It seems your characters are free to do just about anything, but they’re only allowed to be one thing: white. It’s making it hard to keep loving you.

Last night I went through all of your September 2013 releases and did some counting. Did you know that out of 89 books, only six featured people of color? Only the two Desires written by Brenda Jackson and the four Kimani books included black characters. No books featured Asian, Latino or American Indian characters. That’s a measly 6%. That doesn’t come close to the ethnic distribution of the US or Canada (37 and 19% non-white, respectively).

The eerie racial and cultural homogeneity of your books strikes me as odd. I think you and others think this whiteness represents a neutral default that everyone can impose themselves onto. But where some see a default, I see erasure. I see a purposely created fantasy where privileged readers can go and take up and enjoy privilege without having any less privileged people around to make them feel guilty about themselves.

For example, let’s talk about your American Romance line. While I understand that the line’s name comes from a time when you were a Canadian company re-issuing British novels and you wanted to highlight your new American-set original works, the fact is that you have a line called “American” that is 100% white when America is only 63% non-hispanic white. What’s up with that? Why does no one at your office have a problem with the naked white nativism of a uniformly white line named for an extremely diverse country? How do you justify this?

Then there’s your Historical line. Jeannie Lin’s China-set novels are a good first step, but why stop there? Remember when you turned Nora Roberts down, saying you already had your American writer? Are you turning down manuscripts for stories set in Jazz Age Harlem or Shogun Japan because you’ve got your POC author already? If not, what are you doing to encourage multicultural submissions?

Let me tell you what I’d like to see. I’d like to see you reboot American Romance and turn it into a line where truly American stories can be found. I want to read Blazes with black heroes and heroines and Superromances with Asian heroes and heroines. I want more Historicals outside of England, and outside of colonialist empires. Give me more South Asian set Romances and Romantic Suspense set in the Southwest. Stop holding Maisey Yates’ The Highest Price to Pay from publication in the US. (Seriously. So many of my friends have that wishlisted. Give. It. To. Us.) I need a wider variety of characters and settings.

Six out of 89 books isn’t enough. Fiction needs windows as well as mirrors, and I’m just about sick of looking at myself. I know you can do better. I hope you do, and soon. 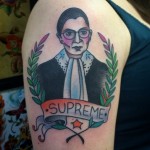 42 Responses to “An Open Letter to Harlequin”