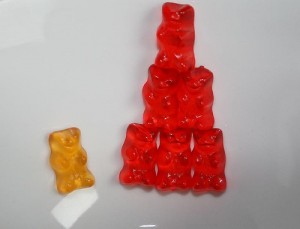 Today’s post is from our friend Alicia, and she hits the nail on the head. You can find her on Goodreads.

It is probably something that didn’t even cross your mind. Or, at least, I hope it didn’t. You wanted to include some diversity in your cast of characters. So you included at least one character of color, or LGBT character. They’re a great friend, funny, and an all around great person, right? Sometimes they even get their own love interest eventually. But then, to continue the series, you conjured heterosexual, white characters out of nowhere instead of advancing the already established minority character(s) primed for his/her own book.

It is just that simple. Because when that happens disappointment and irritation fester and it ruins the reading experience for me.

I have read two series that have done this in recent memory.* Maybe that’s not enough to say, “pattern!” But there are also plenty of series out there that I haven’t read and it’s quite possible that this has happened in more than a few. And, quite frankly, it’s a symptom of the greater problem.

*I want to make it clear that I’m not casting aspersions on any authors. I wasn’t there when they were writing their books, I don’t know what their thought processes were, how inspiration struck, or what their editors may have said. I can’t know that. These are their books. Authors need to write what they’re comfortable with, what moves them to write. All I can attest to is what I’ve observed and how it has made me feel.

In Donna Kauffman’s Cupcake Club series one of the secondary characters is Charlotte, (the heroine) Lani Trusdale’s best friend from culinary school who comes from New Delhi. Charlotte is around the same age as Lani, and she’s given a side plot of falling for a man who works for Baxter Dunne (the hero), named Carlo (I believe it’s said in the second book that he’s Puerto Rican). In the second book their relationship has advanced and there are some rather interesting hurdles they’re working through. The thing is, the second book isn’t about them. Instead, in a tacked on epilogue, Riley Brown the white heroine of the second book is introduced. The, you guessed it, white heroine of the third book was introduced in the second book through a randomly mentioned business card. At a couple of points in the book there is a lengthy discussion of the continued issues with Charlotte and Carlos’s relationship and those few pages held more tension and conflict than was between the primary couple the entire book (which was hardly any at all once the initial semi-misunderstanding was resolved). I don’t recall the white heroine of the fourth book being mentioned ever, so she materialized out of nowhere.

Overall, I really enjoyed the third book, even though there were some other issues. But I found myself gnashing my teeth in utter irritation reading scenes with Charlotte. Why, exactly, is her and Carlos’s relationship so uninteresting and less than the relationships of the white couples given full books? It was at that point I realized I quite likely won’t read the rest of the series. Having this in my head really affects the enjoyment I derive from reading these books.

And I didn’t even get into Franco, the gay friend, and his relationship issues that are also not worthy of a book.

I have to say this next example hurts me, because it is one of my favorite (if not favorite, period) contemporary romance series: Julie James’s FBI/US Attorney Series. In the first book we’re introduced to secondary character Sam Wilkins. A black FBI agent who is infinitely adorable and funny. He’s perfect hero material. But the next book in the series features Nick McCall, who was not present or mentioned at all in the first book. (Make no mistake though, I absolutely love that book and adore the hero and heroine, Nick and Jordan.) The third book ties closely to the plot of the second, and the hero was at least in that book. In it Wilkins gets his meet-cute, but we’re told to ‘assume he rode off into the sunset with [his heroine]’. Why? How is it possible he’s not interesting enough to carry an entire book? The fourth book’s hero is another far in the background secondary character from the third. The disappointment when this was announced and it, again, wasn’t Wilkins, was palpable. My excitement for that book deflated like suddenly releasing the air from a balloon. I haven’t had the chance to read the fourth book yet but I’m told Wilkins doesn’t make an appearance, which is even more disappointing, and the hero of the fifth book was in the fourth. Now, to be fair, we do know that James has at least thought about a story for Wilkins. It just hasn’t or won’t happen. I will read the fourth book because I was so excited for it before my hopes were dashed, but I can’t say I’m too inclined to continue the series for the same reason I probably won’t continue the Cupcake Club series.

I was set to start reading J.D. Robb’s In Death series this year. However, when I was complaining about the above books to my sister she mentioned that it bothered her that Robb’s books, of course, feature a white hero and heroine when, in the futuristic world Robb created, most people were of mixed race. Just coming off of the previous two examples I felt reticent to start that series. I probably will at some point, I just didn’t think it was prudent at the time.

It’s awful to feel this way because all of the books mentioned are good and really the kind of romances I enjoy. But the message I’m getting is that we, as minorities, are good enough to be the interesting friend or sidekick, and sure, get an HEA on the side, but not good enough to headline a book. That an audience would care more about an unknown straight, white character than an already established, dynamic character of color or non-heterosexual orientation. It’s deflating. I think it’s almost worse than the genre being predominantly white. I maybe don’t think about it as much as I should. I typically just read what piques my interest. A stand alone novel with diverse secondary characters doesn’t set off any flags for me. But in a series it just highlights the lack of diversity in general in blinding bright neon. In these cases diversity feels like it is just a show. That these secondary characters don’t actually mean anything other than to prop up the hero and heroine and we aren’t meant to truly care about them and their stories.

This is why I’m about to latch onto Suzanne Brockmann’s Troubleshooter series. I recently read the twelfth book which features a gay couple getting married. I know they were in the previous books of the series but I don’t know to what extent. I love that they were given their own book (I still had some questions and issues, but they don’t negate this fact). From what I understand from reading that book there has been a black heroine and an interracial relationship featured in the series. There is not just a superficial show of diversity here, these characters actually mean something to the series. So, of course, I’m really excited to start it from the beginning.

Have you read any other series that appear to go out of the way to bypass “non-standard” secondary characters? How about series that actually have elevated them to their own book(s)? Do you feel like if enough of the secondary character’s story is told within the books of the series it’s not as disappointing if they don’t get their own book? Or more so? 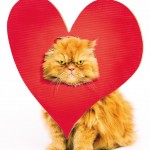