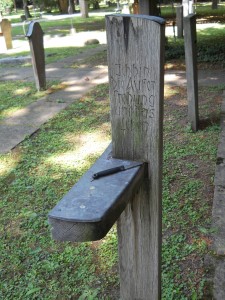 While we’re busy not shaming each other’s kinks I’d like to talk about each other’s triggers. The rape fantasy has largely left mainstream genre romance but a new trope has risen to take it’s place, that of the abusive hero. in Karen Robards’ new series the heroine is fascinated by a man she has every reason to believe is a serial killer. At one point she thinks to herself that it really doesn’t matter what he has done because she knows in her heart he wouldn’t hurt HER, not physically at least. (That’s pretty much a quote but I’m too lazy to dig it out just now.) Robards further removes her heroine from danger by asserting that his paranormal status  renders him harmless. This is a curious conceit in a book that allows various points of contact between the dead and living worlds. His penis can cross over but not his stabbing hand? Okay.

In Linda Howard’s Death Angel the hero actually does kill the heroine. Drea, the heroine, forgives him because (as in the above book) he’s just too sexy to forget. Howard ups her game by asserting that being murdered has made Drea a better person. Pages have been typed about the domestic violence patterns in the Twilight series and The Books We Never Name. Full scale fandom wars have broken out over the Kristen Ashley books. Being in an abusive relationship is bad. Wanting to be the jailhouse bride of a serial killer is bad. Reading about both of these things is good. Got it.

I’m not arguing that fiction is life or that women cannot tell the difference between the two. I am sad for myself that a lot of authors I used to love are veering toward the darkest of the dark side and leaving my life. From vampires to hit men to serial killers to abuser bingo cards, the men in many top books frighten me. I can’t root for the heroine. She’s going to die. Maybe not by the end of the book, maybe not quickly, maybe not even physically but she’s handing her life over for the promise of great sex.

I’ve talked before about lacking the privilege required to buy into these stories. The heroine’s blithe assurance of personal safety, no matter what violence the hero perpetuates outside the home, is one I can never share. You can have Dexter, Hannibal, The Sopranos and all the rest. Leave me out of that game. I love romance as a genre because it shows how two people can make each other better through a strong partnership. The dangerous mate fantasy is a lie. It’s completely different from Hood Made Good or Soldier Comes Home because it is not circumstances that make the hero commit vile acts, it is his personal preferences. These are things he wanted to do, not things he has had to do. He cannot leave behind a life he chose for pleasure.

When I talk about what doesn’t work for me in fiction I am not shaming your kink. I am expressing my distress. If we prioritize the fetish above the fear we do both groups a disservice. Recognize that the assurance that the heroine (or the reader) is free from harm is a faith based choice not every reader can (or will) make. Your boring boy next door is another’s outlandish fantasy piece. Your gangster who claims to have a heart of gold might be their terrifying reality.