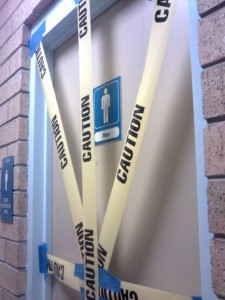 I’ve been thinking a lot about Ridley’s excellent post on disability in romance. While I am completely over talking about the feminism of romance, I think I’m about to address romance and feminism. Except not really. (Romance and patriarchy, maybe?) All of it is Ridley’s fault. First she linked this blog, and my reaction was immediate. I rejected the very concept of sex without PIV as something acceptable for a woman to choose. My societal programming says you can reject (or accept) any number of things in a mutually agreeable relationship, but PIV sex is required.

Wasn’t that an interesting thing to poke at?

Next Ridley reviewed The Sinful Art of Revenge, where a heroine is a PIV Goldilocks looking for just the right P for her sad and damaged V. Why? Why does she need to have PIV sex for the HEA to occur? Given the number of women who require more than the steady application of a penis to achieve orgasm, why is PIV sex such a genre focus? For decades anything other than conventional representation of PIV sex was considered really out there for romantic fiction. Sure, she could blow him but if the hero had an interest in reciprocating half the readership started clutching the pearls. She’s the heroine. He’s the hero. It’s not like she needs anything but his magic stick, right?

Once I realized that we, a largely female readership, had accepted PIV sex as the gold standard I started to wonder why. What does a PIV requirement uphold? Well, it limits our disability options. A paraplegic hero must have full pelvic function. Leaving aside the urology and life expectancy aspects, what are we reinforcing? Why are m/m couples more popular than f/f? When we pick up an erotic menage we generally expect m/m/f to be the mix. How shocking would it have been for the hero of The Art of Revenge to accept a lack of PIV sex and move forward with the heroine? How many readers would have rejected the HEA because the hero “has needs”?

Is dissatisfaction with PIV as the be all of sexual satisfaction behind recent enthusiasm for the awkward sex scene? Or is the recent enthusiasm about realism alone? In the Who Ya Wit’ series I was surprised at the very different presentation of female sexuality. Although PIV sex was not the primary focus it still played a large role in the heroine’s satisfaction with her sexual parters. Romance has long fetishized male sexuality, often at the expense of female sexuality. What is the core message when PIV is a requisite? No matter how damaged the female character is, she’s whole as soon if she finds pleasure in PIV sex. What if she no longer has (or never had) a vagina capable of PIV? What if her traumatic past (a romance staple) precludes comfort with PIV as her sexuality? What if PIV just doesn’t do it for her?

For the romance heroine all of these scenarios are unacceptable. There will be penis. (But not many) She will like it (but not too much).  Sex in heterosexual romance is like a cookie store with one flavor. Everyday is Chocolate Chip. Sometimes the chips are chopped. Sometimes they’re chunked. Snickerdoodle day? What are you even talking about?

13 Responses to “Can There Be Hokey Without Pokey?”