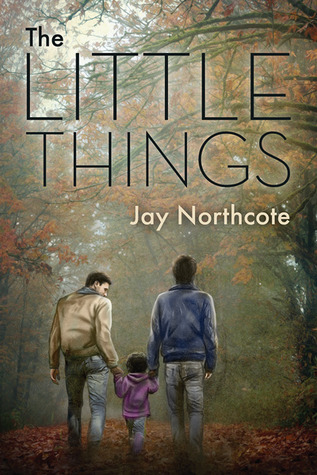 Disclaimer: The author is a friend and that has somewhat tempered my expectations. However, this book has a plot too, not just sex. Also, there’s a spoiler in this review.

Joel Mason is a teacher, a co-parent to his three-year-old daughter, and dating a younger man, Dan. Then Evie’s mother is fridged to allow Joel some character growth and a love story with an older man, Liam.

It takes quite a while for Joel and Liam to meet. My notes tell me their first encounter is around 20% of the Kindle file but that they don’t learn each others names until after 40%. I don’t mind the time spent on Joel’s unravelling relationship with Dan and Claire, although some might. What I do mind that the well written expose of the beginning is wasted in infodumps instead of being used in organic discussions to show how Joel and Liam grow closer. If the purpose of this long lead-up was for the reader to mourn for Claire, the effort is wasted because she isn’t given enough to do to become her own character. She exists solely in connection to Joel and Evie, and her only purpose is to catalyse a change in their lives.

This is why I didn’t need a single tissue to get through the book.

As I mentioned, Joel and Liam don’t get together until late in the book and subsequently their relationship is rushed. Their bonding is further curbed by the fact that Joel is a single dad. Evie is as delightful as I imagine any three-year-old to be, but her presence limits the adult interactions. It felt like Liam interacted less with her than Dan did even though Evie appeared to accept both men without any trouble.

It sounds like I didn’t like the book, but I did. I liked The Little Things as a character study about a man going through a loss, coming to terms with with his fears, and learning to take emotional risks again. The fact that I didn’t hate Evie goes to show just how well the child was written. Joel’s grief too was relatable and real, and his relationship with his sister was one of the better things in this book.

Final Assessment: If you’re looking for a tear-jerker, this isn’t it. C

One Response to “The Little Things by Jay Northcote”