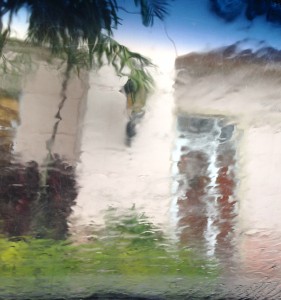 The TL:DR edition of this post is “Fellow white readers, we’re cheating ourselves.”

The PS TL:DR edition of this post is that I wrote it last week, and it’s been rendered moot by Liz & Beks laying it out straight in this comment thread.

“It’s been my experience that when people speak of a lack of multicultural romance, they limit themselves to books written by white authors.” – Roslyn Holcomb

Rather than derail the Author Roundtable, I decided to discuss this in a separate post. I don’t read enough authors of color because I don’t try hard enough. After more than 30 years in the game, I’ve gotten lazy. While I seek out small businesses, music, television, films and literature with a multicultural focus, my genre reading is super white. Part of this is habit. With far less reading time than in past years, I stick to publishers and names that have delivered for me in the past. Part of this is privilege. (Over the last six months I’ve been exploring the concept that all these billionaire dukes serve to reassure me of my cultural dominance. That’s an oversimplification, but go with it for the purposes of this post.) Most of it is a lack of effort.

Since we started LITM I set myself a 3:1 goal. For every two white centric (not necessarily white authored) books I read I would read at least a sample of an IR or non-white focused story. As a reader primarily of historical fiction, this also upped my percentage of contemporary romances. I think I need to up my goal to 2:1 or better. My sample to purchase ratio has been very small. I don’t think the books are the problem (although some certainly are) I think it’s my reader expectation. When you first start to read genre romance, whether it’s Avon Historical or Harlequin Presents, you learn a set of standards. Subsequent books are held up to that previous standard and evaluated not solely on their own merit, but on their comparison to prior reads.

When a white author brings me an IR romance, there’s little to challenge me. It’s in my familiar language, it’s going to follow a certain path. I might decry the othering or fetishization of the non-white character but I don’t question the frame placed around the picture. When I say I want diversity in my genre reading, I really mean I want it without having to do any work. Bring it to me in the package I’m familiar with and maybe, if I don’t have anything better to do, I’ll try it. The finicky reader. I’d love to say that in the last few months I’ve discovered non-white focused books I’ve adored. I haven’t. I’ve discovered a few I liked well enough and far more that I struggled to stay engaged with. What I’ve really discovered is how much baggage I’ve been bringing to my genre reading.

I know there are books out there waiting for me to discover them. I know it’s up to me to track them down. I want you to do it too. I don’t care if your ratio is 6:1, 12:2 or 1:1. If you’re a white centric reader set yourself a personal goal. Put in the work required to find the books we’re going to love. If word of mouth can make fan fiction into films, it should be able to diversify the Big Six. We’re cheating ourselves. We’re self segregating. Let’s put our eyes where our mouths are. I’m going to start posting samples I DNF’d along with my book reviews. Share yours. Let’s make it our 2014 resolution. I want to build the world’s laziest, most slacker centric book club and focus it on a wider romance world. The problem with genre diversity is me, which means it’s also you, because who can tell us apart? I sure can’t. 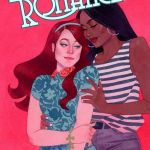 8 Responses to “Reading While White (The Finicky Reader)”