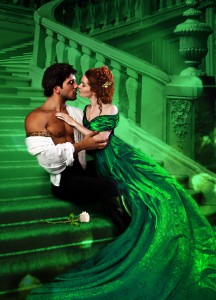 As usual, Sarah MacLean’s latest book made me crazy enough to follow my review with a generic genre fatigue piece. I don’t even know where to start, but I do know that this will go beyond spoilers and into examination. Read No Duke Goes Unpunished first, if you’re at all interested in doing so. Alright then, let’s get to what got me. In  Courtney Milan’s 12/26 post she discusses missing a reference to plastic pots. An error like that I will overlook because while I may read plastic my brain will think celluloid. A disposable planting pot made from a thin man-made material is possible for a Victorian couple. Granted, it would have to be closer to the end of the reign than the beginning, but celluloid was the plastic of it’s day. These are minor errors authors are going to make because (let’s be real here), genre reads aren’t scholarly recreations. These are accessible fairy tales for modern readers.

MacLean’s newest required far more acceptance of the fairy tale. Dukes are the new billionaire, I get that. Everyone has a duke, or five, or six. Dukes are so plentiful that they get tossed out like leftovers you forgot to put a date on. MacLean’s conceit has Temple expelled for murdering his father’s fiancé. In the now of the book he has a very loyal casino staff but no employees at home.

Please. A single housekeeper in a time without electronic cleaning assistants for a man with a full staff at his casino? My great grandmother had more than one person to clean her middle class home a hundred years later! If you can’t get a staff to sleep in, you certainly can’t get a woman to single handedly clean your home. (She’s going to need an assistant at the very least.) Not only is this set up absolutely absurd but it forces an even larger absurdity later in the book.

She focused on the knot of his perfect cravat. “Do you have a valet?” “No.” She nodded. “I wouldn’t have thought so.” MacLean, Sarah (2013-11-26). No Good Duke Goes Unpunished: The Third Rule of Scoundrels (Rules of Scoundrels) (p. 321). HarperCollins. Kindle Edition.

Just prior to this scene Temple has been stabbed in the chest. He no longer has proper use of his left side. But he’s tying a perfect cravat one handed. Sure he is. Yup, that’s what he’s doing alright. I’m not calling MacLean out alone here, these sorts of logical failures are common in the genre. There’s a basic lack of appreciation for the modern living assistance we take for granted as well as a dismissal of how England’s economy worked. A man of means without staff was not proud and independent, he was parsimonious. It would be shameful for any man to ignore the obligation of providing jobs for others, never mind a duke doing so.

“The land still yours. The money. You’ve tripled the holdings of the dukedom.” MacLean, Sarah (2013-11-26). No Good Duke Goes Unpunished: The Third Rule of Scoundrels (Rules of Scoundrels) (p. 30). HarperCollins. Kindle Edition.

The guy isn’t hurting for cash. The conceit that no one will work privately for a man who once woke up covered in blood is also a modern assumption. You could be far lower in stature than a duke and murder any number of guys without having to darn your own socks. Temple is believed to have murdered a woman. He wouldn’t have trouble getting a valet. He’s choosing not to have one, which is an unrealistic choice for a man of his status (dukedom aside, even) and time. It’s a bow to modern senses, where not having a staff is somehow more romantic. Mara’s orphanage isn’t much better, with it’s lightly staffed portrait of domesticity, but I want to get back to Temple’s injury.

Temple takes a knife full to the chest, above the heart. I’ll give him it not being a fatal wound. I’ll give him the luck of not developing a fever. I won’t give him miracle rebounding from blood loss in a time without intravenous fluid replacement. Mara has so much trouble stopping the bleeding that it requires the donation of shirts and skirts as well as extensive prayer. Three days later he’s giving himself a one handed bath before banging her senseless. Even a man used to injury and blood loss should be shaky so close to a serious injury. Temple is up and running nimbly about like the romance hero he is. If Temple had been unsteady, if he’d required assistance to leave the bath, any of these things would allow the three days time to feel less artificial. This is a guy who boxes with fresh stitches set in his arm. I believe he’d resist coddling a four to six inch deep gash in his upper chest, but I don’t believe he’d be impervious to the effects of blood loss.

Again, these are bigger issues than Sarah MacLean. The reason MacLean inspires me to rant is that in an average book the Obligatory Near Death Experience, the Parsimonious Peer, the Super Healing Power moments cause me to abandon the book with disgust. MacLean is skilled enough that I stay with the story. Afterward I moan and groan about these familiar building blocks but while I’m reading I just let her build.