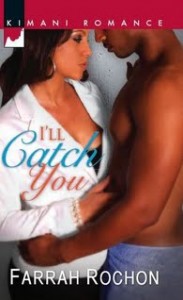 Rameau’s take on Farrah Rochon lined up with a free promo for I’ll Catch You. Kimani’s haven’t worked for me in the past, but this was a wonderful book. Payton is a former attorney looking to build a new career in sports management. Cedric is an NFL player with an image problem. Rochon quickly establishes both their personalities with a light and easy humor. Take this moment where Cedric calls out her aggressive courting of him as a client.

Payton felt her face heating. Listening to a detailing of her activities over the past few weeks, she thought she did sound a little stalkerish. He leaned in closer and read her press pass. “And now you’re pretending to be a reporter. Where’s Susan Renee Sutphen? Locked up in the trunk of your car?”

Payton loves the NFL. If she were a man, she’d be playing the game. This isn’t something that makes her bitter. She’s caught up in the romance of it all. The crowds, the money, the plays, everything about American football captivates her. Cedric enjoys his sport, but he’s more about paying his bills than worshipping the stadium. Having made some PR mistakes, he’s in a precarious professional situation. An untried female agent seems like a mistake to top of all his earlier mistakes, but Cedric is out of options.

I’m not a fan of the NFL. My game is futbol, so I was expecting to feel disconnected from the sports centric sections of the book. Rochon brought me into Payton’s love for the game in such a way that I began to wonder if I’ve been selling the NFL short. I enjoyed the tight focus on her central couple and the career choices Payton makes. At one point her professional ambitions are incompatible with her personal desires. Where most authors would have Payton concede her goals, Rochon allows her to value her career as much as Cedric does his own. I closed the book wanting to hang out with both characters longer. If they lived in my town I’d be bringing them baked goods and party invites.

All of my fawning aside, a major element of I’ll Catch You disappointed me. Cedric has a twin brother with cerebral palsy. Derek is nothing but a prop. He is used to show Cedric as a sacrificing hero instead of a selfish athlete. Although Cedric casually buys tickets for others, he never brings Derek to his own games. Keeping his brother hidden, Cedric makes career choices based on Derek’s medical needs. Although the author describes Derek as having cerebral palsy, there must be mental impairment or the following scene is unexplainable.

“I… have a… girlfriend,” Derek proclaimed. “You do?” “Yes. I’m… gonna… gonna marry her.” “That right?” Cedric chuckled. He leaned over and lifted his brother’s other leg up.

Cedric’s humor at the concept of his brother being emotionally involved with another person infantilizes Derek. His twin brother is not just disabled, he is something to care for and care about but not consider. Rochon has established Derek as NFL obsessed.

And his brother’s love for football had no bounds. When he’d been drafted into the NFL, Cedric knew he was playing for both of them.

The care center says watching Cedric play is the highlight of Derek’s life. Why has Derek never experienced the game in person? If Derek is the most important person in Cedric’s life, why is he hidden from Cedric’s friends? Payton is touched when Cedric reveals his secret to her, that he has a twin, that the twin is disabled, that Cedric’s NFL career is to fund his care. What is Derek if not a burden in this scenario?  Payton never calls out Cedric for treating Derek as less than a fully present person in his life. She, like Cedric, sees only Cedric’s guilt and love. Derek is there to make Cedric a hero, not to be his brother. Derek doesn’t counsel Cedric, nor does Cedric share his concerns with Derek. I wanted to give I’ll Catch You an A+ grade, but it’s treatment of disability held me back. 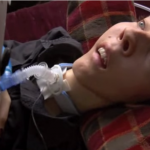 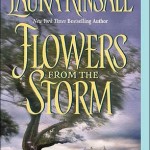 One Response to “I’ll Catch You by Farrah Rochon”