Last night I was linked to Yet Another Genre Thinkpiece By Someone With A Penis Which Is Therefore Worthy Of My Time No Matter How Uninformed The Author. I ranted on Twitter (as one does) and filed it in the circular bin. Things followed the predictable cycle this morning and I assumed there would be a Dear Author defense/rebuttal combo piece by the end of the week. The wheel of Romancelandia grinds on. Then the author jumped into author Suleikha Snyder’s mentions looking for his missing cookies. She served him a plate of Oh Hell No and invited him to move on.

@hoodedu @AlishaRai Aw. Bless. "I talked to some people who had no problems with the piece, so it must be fine." That's a GREAT argument.

@hoodedu A) You don't have to explain your article for us. We can read. B) We don't owe you substantive criticism. C) Please go. @AlishaRai

Berlatsky’s special brand of stooping to conquer annoyed me more than the average piece (and let’s face it, these are a dime a dozen to long term genre readers). Encountering his Twitter feed clarified why. He’s a Comic Book Guy. I’m a Comic Book Girl. Let’s flip some tables and help Berlatsky understand why we aren’t venting our feelings about his article in Salon’s comment section where it would help him get his clicks on.

Now if you are a a romance reading guy this might confuse you. Why, you’d think to yourself, with women rushing to bask in the glow of my gaze, are these chicks pressed? Ladies, I’ll be happy to explain anything you want to know! Come at me! Essentially, Berlatsky has written the classic Ally piece. He’s down with the struggle. He’s here to represent. He doesn’t even have to do this, he wants to because he gets it. He’s the good one. Hold his hand. Ignore the bigotry on display and let him center himself in the struggle as a comrade in arms.

Bless his heart. Look at him try! He likes Jane Austen! (Cue the side-eye, ladies) He digs Gone With The Wind! He’s probably even heard of a Bronte. Obviously he is tailor made for genre frolicking, so what could possibly be holding him back?

“How hard could that be to find? The answer is: ridiculously hard. Oh, there are rafts and rafts of romance novels out there; teetering drifts of Harlequins and historicals and contemporaries, filled with plucky heroines and dashing or dastardly young men. I know that. But the question was, where to start?” -NB

His problem is an abundance of choice? Or is it that no one held his hand and walked him through the genre education he expects to have at his fingertips? I mean, he’s willing and that should be enough, right? He takes some time to take his second (now I know I’ve encountered Berlatsky before) swipe at industry giant Nora Roberts. Hey, he likes Twilight (well, that’s one of us) so he’s down with popular fiction but Roberts? He can’t spit on her fast enough. No worries because he finds friends willing to suggest things he might find more palatable to his infant palate. That’s super, super lucky.

“The genre is so culturally maligned that there has been no concerted effort to codify it. There is, in short, no romance canon. I’ve always been a little leery of canons.” -NB

Wait, what? The patriarchy has failed to elevate romance as a genre, therefore the patriarchy has not prepared a Recommended Romance Diet for him to follow and yet he’s never been the sort of dude who believes in such a thing anyway? Pick a chair, son! (Then sit down.) If you can’t write a piece on the genre without taking a swipe at Harlequin and spitting on Nora then a Recommended Romance Diet would give you exactly the indigestion you’re fearing. Canons are not simply best of lists, they are reached by consensus over large periods of time and include major works. Roberts is going to figure heavily on this magic list you claim you want but also don’t want. (Very Hipster – let’s Doge that later.)

“Looking around desperately and in vain for some sort of consensus “best of” lists for romance novels, though, I realized that such lists are, or can be, unexpectedly important. Canons are a way to solidify, or demonstrate, critical bona fides.” – NB

Now we’re getting somewhere! The issue isn’t that there’s no best of list for romance or scholarly studies of romance or required reading for courses on romance reading, it’s that no one walked to his house, rang the bell and handed them to him.

“Romance novels don’t have that. Yes, there are the yearly RITA industry awards. And there are certainly lists of best-of romance novels — …  But such compilations tend to be by individual readers or, as with the All About Romance list, based on reader polls.” – NB

Wait, he does know that the lists exist? He is aware of the courses and the scholarly studies? Well… oh. Berlatsky goes on to quote Eric Selinger saying no one has had “the chutzpah” to put those lists in writing. These lists assembled by consumers of the genre and professionals of the genre and academics of the genre don’t count because…? I’m going to guess it’s because the patriarchy hasn’t kissed them awake. (Pro-tip, Sleeping Beauty was originally awoken by the birth of her twins after Prince Charming raped her. Super romantic ending! Don’t even ask what Anne Rice did to her, Hoo-boy!) Berlatsky segues into some issue he has with Boomers and Bob Dylan (Yes, Tempest sucked but Dylan’s recent work rivals the best of his career) before unleashing his Mommy issues full force.

“Romance is like punk rock for middle-aged women (and some other folks too, obviously) — a pop culture underground scorned by the mainstream, limned by initiates for initiates through word of mouth. The main difference being, of course, that punk rock at this point is completely critically domesticated, its subversion utterly commodified and canonized.” – NB

Let me find my middle finger, because suddenly I need it. There is so much wrong with this thought that I am clapping between each word I type. The dude goes to the trouble of explaining that we drive a huge section of the publishing market, subsidizing the more male accepted underperforming sectors of the market, and then he goes in with this? Who is the mainstream? Not the women buying the books. What’s this underground stuff? Has he ever walked in a Wal-Mart and seen what books they’re selling? How about the supermarket checkout? The drugstore? Hell, even the truck stop! (Unpacking where he’s wrong about punk rock would take the rest of my day. On behalf of my middle-aged punk self and my boomer neighbor who not only fucked Iggy Pop on the regular but fronted her own influential band and my 14 year old daughter immersed in the current punk scene, that’s some bullshit, that is. The Sex Pistols? Child, please.)

It’d be nice, at least, to get to a point where romance readers aren’t considered fools or morons. Moreover, the lack of a canon, or any system of critical validation, means that important novels in the genre often simply drift out of print, never to be reissued. If romance novels do ever attain even the precarious critical standing of science fiction or comics or pop music, there will be concrete benefits, for new readers and old ones.” – NB

Considered fools or morons by who? I love this concept that important works of science fiction, comics and pop music never drift out of print. Jack White just released an $800 box set trying to reclaim early (and out of print) music for a new generation. Did you ever try to find Memphis Minnie in the 1990’s? How about Poison 13 before SubPop did a quick revival? All genres of art are constantly curated and recurated with an eye to profit. Notable works are lost every day, which is why vinyl crate digging is such a hipster thing. You can’t buy every significant work on the yellow band DAW imprint. The original Sugar & Spike is going to run you thousands to read even if you can pick Angel & The Ape up cheap.

Having fought his way into the romance genre (something millions of women seem to do without much difficulty) Berlatsky offers the benefit of his (incredibly limited) experience for newcomers walking the road behind him. Until the patriarchy gets together and agrees on what they should read, he is here to help. Never mind those industry experts or readers with decades of diverse experiences weighing in. We’ve got Berlatsky to help us all. (Wait, that’s the list? I’m sorry. I thought it was the free library shelf at my community pool. No disrespect to the authors contained therein, but I assumed all of this was building to some masterful insight.)

(A note from Ridley: If he really wanted to read good romance novels, there’s no shortage of resources out there. Between the AAR list he dismisses, Rita winners and DABWAHA, it’s easy to get an idea of what’s valued in the genre. We’re going to compile a big list of bloggers and romance readers this Sunday, but this Intersectional A-Z from Olivia Waite is a really great place to start.) 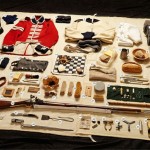 23 Responses to “Dudesplaining, The April Edition”