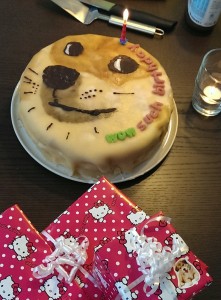 One year ago we launched Love in the Margins with a review of The Heiress Effect by Courtney Milan and all sorts of grand ideas about reviewing a wider variety of romance. We’re hobbyists, first and foremost, so every book we read was something we wanted to read. We’re working through our TBR shelves, grabbing shiny things from NetGalley and accepting the occasional free book offered by an author. Since we’ve marketed ourselves as a blog trying to read outside the mainstream, though, let’s look at what we’ve done over the past year and see if we’re doing what we said we would.

We’ve had our ups and downs, but we seem to have settled into a somewhat regular posting schedule of two or three reviews and three links roundups each week with the occasional opinion piece. We posted 133 reviews over the past year, with contemporary-set books leading the pack at 70 and historical coming in second at 32. The bulk of our romance and erotica reading, 93 books, featured m/f pairings, with f/f and m/m fairly evenly splitting what was left at 14 and 13 books, respectively. Two books had bisexual characters, one had a transgender character and one had a genderqueer character.

Figuring out what the numbers were on racial and ethnic representation is a little tricky because of how we tag reviews. While we have tags for Black Romance, Multicultural Romance, Interracial Romance and African-American Romance, for example, we’ll use one or more of them on any given book. So you don’t really get a sense of what proportion they were of our reviews overall. We can look at the tags for the individual characters’ ethnicities/races, since those are used more uniformly, but that’s not perfect either. Most of our reviews featured white heroes and heroines, 76 and 65 respectively, but some of the white heroes and heroines were in books with a partner of a different race or ethnicity. Additionally, m/m and f/f skew the numbers a bit, since an f/f with two white heroines is only going to get tagged once as WW. With that in mind, here’s how the tags break down:

Our review grades fit a pretty typical curve. Our only A+ review was The Suffragette Scandal by Courtney Milan, which is fitting, since our very first post was a Milan review. We also only had two F reviews, Phantom Waltz by Catherine Anderson and The Necromancer Chronicles by Amanda Downum. Our favorite grade to give out was a B, which we gave to 22 books. Next was B+ at 14, then A-, B- and C+ at 13. On average, we liked what we read, maybe because we weren’t afraid to bail if the book wasn’t working, as we stamped 12 books with DNF.

So what should our goals be for the next year? What do you think? If you ran the zoo, what changes would you make? What could we do better?

Finally, thank you all for visiting here, whether you comment or lurk. This is something we do for fun as a hobby, but diversifying and critiquing romance is also something we deeply care about. Seeing other people care about it along with us is tremendously satisfying. So, thank you guys, and I hope we continue to be a place you want to visit. 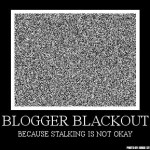 20 Responses to “Love in the Margins Turns One!”