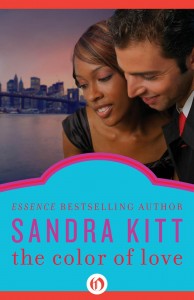 An artist trapped in an unfulfilling relationship, Leah Downey wants more out of life. But she plays it safe, never venturing too far from her comfort zone . . . not since the night she was mugged at knifepoint.

Beginning a relationship with a perfect stranger is completely out of character for Leah. But something about Jason Horn strikes a chord deep within her. They couldn’t be more different. Jason is white, a streetwise New York cop haunted by his own demons. He’s stunned by his instant attraction to this vibrant black woman who arouses both desire and his fiercest protective instincts.

I’ve read this already and planned to review this for today, but it wasn’t happening. Not only am I up to my eyeballs in a site reorganization project (I’ll explain later) but the black heroine and white cop hero just looks so… something while Ferguson erupts. To its credit, the book directly addresses racialized police violence, but I’m torn on reviewing a book with a white cop who’s One of the Good Ones right now. It feels like a derailment. 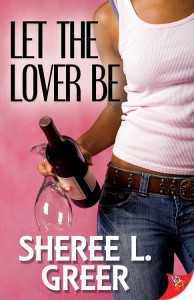 Functional alcoholic Kiana Lewis is looking for a way out. Running away from the memories of her mother’s horrific death and her own dead-end existence, she decides to crash her ex-lover’s New Orleans wedding and put a stop to the whole thing. She arrives in the Big Easy to reclaim her old love, and hopefully, reclaim her own life.

Her plans are disrupted when she meets Genevieve Durand, a seductive and spiritual New Orleans native who challenges Kiana’s skewed sense of resolve and control. Spending time with Genevieve, just like drinking, offers Kiana moments of escape. But unlike the numbing effect of alcohol, the intoxicating Genevieve makes Kiana feel and think about things she’d rather not, like the death of her mother and the destructive ways she uses to cope.

On the brink of losing it all, Kiana must decide if she will reach for the next drink or if she’ll reach beyond herself to finally slay the demons driving her since childhood.

A debut lesbian romance set in New Orleans that deals with emotional trauma and alcoholism. It’s gotten a number of good reviews and I’m looking forward to reading this once I finish the website stuff. 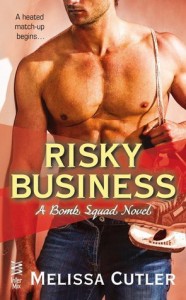 Welcome to Destiny Falls, New York, home of the Bomb Squad—an ice hockey team full of rugged military heroes. But the season’s biggest match-up isn’t on the ice as one of their own prepares to go head to head with his new boss… Allison Whitely’s ex left her with a mountain of debt and Cloud Nine, a struggling boat rental business. With zero job skills, her only hope of getting back in the black lies in a brooding ex-soldier who has her seeing red…

Theo Lacroix’s teammates are counting on their star player to help them win an upcoming high profile hockey game. But when a sexy tornado of a woman sweeps into town and expects him to help her with Cloud Nine, Theo is tempted to skate away from it all. Theo vowed to never again be someone’s knight in shining armor, but his feelings—and desire—for Allison are becoming harder to ignore. He longs to save her, but to win Allison’s love, he’ll have to throw out his old playbook and take the ultimate risk…playing from the heart.

If I went by this blurb, I wouldn’t have grabbed this book. (Way to paint the heroine as inept and dependent and the hero as condescending and paternalist, blurb writer.) But, the book apparently features a hockey team populated by disabled vets, and I basically have to read a book like that. 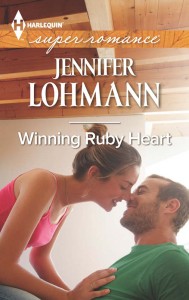 It’s a race to their beginning…

Exposing world-class athlete Ruby Heart’s cheating scandal five years ago made reporter Micah Blackwell’s career. Falling in love with her now could end it. Yet watching her determination to return to the top, he can’t resist the woman she has become.

Working with Ruby to tell America her story, Micah falls deeper under her spell. But at a crucial moment, his feelings for her conflict with his job—the very thing that once saved him. Now he must choose between his skyrocketing career and the unlikely love of a good woman….

This releases in September (which is not far enough away for my taste DON’T LEAVE ME YET, SUMMER!) and features an athlete heroine paired with a paraplegic hero. Lohmann was very brave and offered me a copy to read and review and I hope I like it. I want to like a book with a disabled character so badly, it’s unreal. 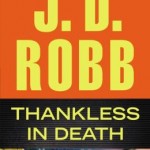 One Response to “What I’m Reading/Reviewing Next”