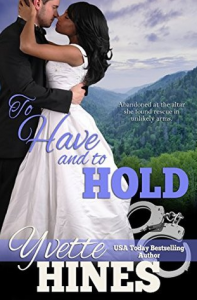 Kelli Delaney spent the last year planning for the perfect wedding. What she didn’t plan for was getting to the altar and not having a groom there waiting for her. Dumped and pissed, Kelli decides she’s still going to have her honeymoon and eat her cake too. When she happens upon an old college friend, Will Robertson, in her mess of a state, old memories and emotions flood her mind. On impulse she decides to invite him to the cabin.

Will Robertson can’t believe his luck. After years of secretly desiring Kelli, she walks back into his life. Not only to resume their friendship, but more importantly to have him fulfill her sexual needs. However, Kelli doesn’t know what she is asking him. Not only must he put his feelings for her on the line, but also has to reveal a darker, wicked side of his nature that sweet, innocent Kelli could never imagine. When she agrees to allow him to pleasure her over a long weekend, the way he has always fantasized about, he realizes it may shatter him to let her go when their time is up.

I stumbled across this title on Facebook. People if you like books, share them on social media so other people can read them too! :) The blurb and the cover seemed to suit the reading mood I’ve been in lately. Black women getting lovin’s from dudes. This is the precursor to my read 45 Western romances in a row mood before I move into my read an entire established paranormal series in the week before and after Christmas day phase. 2014 will end with a bang.

Anyway, I didn’t know how to feel about this book at first. I am no stranger to starting books at odd points or in a peculiar way. This book starts right in the middle of the wedding fiasco. The groom is missing. What’s odd is the descriptions of the characters. Here are the first few lines:

“Brett is gone.” Patricia ran to the back of the church sanctuary.

Kelli looked at her mocha colored friend with her platinum frosted hair cut in a bob around her face. “What do you mean Brett is gone?”

I reread these opening lines a few times because 1. the missing groom and the general set up seem more important than what Patricia looks like. 2. Patricia is the friend. Patricia is barely in the book. Patricia could be a talking horse and it wouldn’t matter to me. Actually that would be awesome. Anyway, I usually don’t “edit” in reviews, but these opening lines really threw me off. HOWEVER! I wanted to read this bad boy and I’m glad I did.

Kelli flees the church, not wanting to deal with the embarrassment of being ditched by her shitty fiancé. There’s also the matter of her super crappy mother in-law who I’d want to avoid at all costs as well. She decided to drive across North Carolina to escape to the cabin where she and Brett were supposed to be honeymooning. During a pit-stop, she runs into Will, her buddy from college.

At this point, there are few more instances that threw me off. The chance meeting of her college buddy felt forced. Not because they run into each other, which could happen, but the transition from HOLY FUCK ITS BEEN FOREVER, to, well, them making out, is non-existent. This is a novella, so I understand the need for brevity, but give me a few paragraphs or a couple sentences to ease me into this new relationship. Especially since Kelli didn’t have feelings for Will at all before this.

Still, I pushed through, and I’m glad I did. Once they get to the cabin and actually start boning, things smoothed right out. Will is a nice enough guy and actually a pretty good Dom. Kelli has the making of the clueless virgin turned expert submissive, but Hines avoids all the cliches that could have made me hate her. Kelli and Will have great chemistry, highlighted by the fact that Will seems to genuinely love and appreciate her. They reconnect and Kelli feels appreciated as a person in ways she never experienced with Brett.

I have to say I really liked the end. There’s a moment where Will could have been a huge dick, but he puts the ball in Kelli’s court. She wraps the story up the way she wants it. Two for you, Hines.

This book was not without problems, but I did enjoy it. It was a pleasant, quick read, with lots of HOT, creative sex. I’m a sucker for getting creative in the bedroom, or on the porch, or in the woods. (They do it outside).  I will definitely read more of Hines work.

Final Assessment: Give it a try. Grade: B- only because there were issues with the writing that bugged me. 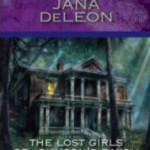 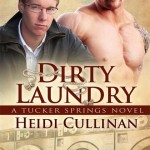 One Response to “To Have and To Hold by Yvette Hines”