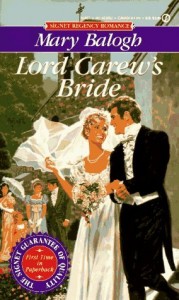 You’ve probably noticed that we’ve been pretty bad at posting reviews lately. We’ve all either got stuff going on or we bought new videogames we just can’t seem to stop playing and reading books and writing reviews has just not been happening. I didn’t want to go a full week without a review post, so please enjoy this tasty repost from my Goodreads days. It’s a rare book with a disabled character that I enjoyed.

After her cousin’s fiance, Viscount Kersey, used her in a scheme that wounded her and and her cousin’s feelings quite deeply, she’s decided that the volatile nature of love is emphatically not for her. Six years after her London debut, and her disastrous run-in with Kersey, Samantha Newman is quite happily unmarried. Now visiting her cousin in the country, she decides to take a long walk to put some space between herself and the happy young family. She encounters a charming landscape artist named Hartley Wade when her walk leads her onto the property of the Marquess of Carew. Instantly she’s at ease with him, falling effortlessly into easy conversation and lapsing into comfortable silences. Quickly they develop a friendship, meeting secretly in the afternoon to walk the marquess’ lands and chat amiably.

Hartley is a bit more than just the well-spoken, limping gardener she presumes him to be, as he’s the Marquess of Carew himself. Surprised to find the stunningly beautiful woman recognizes neither his person nor his name, he plays along with her misperception. Crippled at a young age, leaving him with a twisted arm and a lame leg, he’s wary of women pursuing him for his fortune alone. When Samantha seems as taken with him as he is with her, despite believing him a mere gardener, he can hardly believe his luck. Suddenly it seems he could have what he had always assumed could never be – a woman to love who loved him for who he was.

This is a love at first sight story at its heart. Immediately upon meeting Samantha, Hartley acknowledges to himself that he’s in love with her. Samantha clearly does as well, though she won’t use that particular word herself. Balogh does a smashing job of showing their mutual attraction through their easy conversation, peaceful silences and shared thoughts. I immediately came away with the impression that they were old dear friends meeting one another for the first time. Having a hero be enthusiastic about finding a woman to love and comfortable to admit it to himself was a wonderful change of pace.

I liked how Balogh stretched the story out on the characters insecurities without resorting to a Big Misunderstanding. Lord Kersey’s reappearance upsets and confuses them both in different ways. While they both react poorly to the stresses, they do it in a way consistent with their personalities and their dynamic as a couple and grow closer as a result of it.

Final Assessment: Definitely a cute story about the fine line between love and friendship. It’s not earth-shattering amazing, but it’s an entirely enjoyable read. B 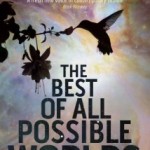 The Sublime and Spirited Voyage of Original Sin by Colette Moody
Comments are closed.
Love in the Margins is a group romance blog trying to hit on the love stories that represent us all. We welcome discussion and criticism as we read through the stories of those whose lives don’t fit into the neat and tidy box labeled “default.”