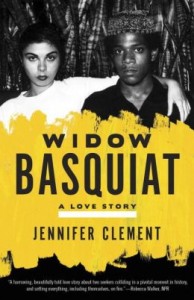 Widow Basquiat; A Love Story is an avant-garde biography. It’s not a traditional narrative, with some chapters made from just a handful or words and others from lists. At times, I felt ill and had to stop reading. Jennifer Clement has created a claustrophobic read that might be brilliant. Basquiat was a drug addled mess, and the scene he ran with was no better. Despite his artistic talents, his personal life was a cascade of pain, excess, and self destruction. Mallouk, his muse and lover, fares little better. There is a tendency to romanticize emotional cruelty when it touches on artistic personalties. It’s as though being really good at your job means your personal life is up for grabs. My heart broke for Mallouk throughout the book.

Widow Basquiat wants to be a romantic piece. It positions itself as being about Mallouk’s devotion to Basquiat and of both their devotions to opiates. Like so many profiles of the art scene, the players come across as brutal children, stumbling through life lashing out as harshly as they can. I have never found this to be beautiful, or tragic or poignant. It’s only unnecessary. Basquiat wanted to force black artists into the white world of art, and he succeeded. Mallouk wanted to be important. Clement’s narrative style is part Sid & Nancy: Love Kills and part 9 1/2 Weeks. Basquiat was vicious to his Venus – it’s impossible not to see him as a predator.

Sometimes he pulls her out, has sex with her, and then puts her back under the table and continues to paint. Sometimes Suzanne weeps a little and Jean-Michel says “Shut up, Venus. I know what it is to be tied up and fed with a bowl of rice on the floor like an animal. I once counted my bruises and I had thirty-two.” – Widow Basquiat, page 72

Mallouk and Basquiat are not faithful to each other. The artistic concept of sexuality being divorced from romantic love runs through their lives. (I keep wanting to say, as depicted by Clement, because this is such an alternately unflattering and canonizing portrait that the truth feels elusive.) At times Clement idolizes Mallouk beyond rationality. It’s at these moments that the book seems least credible. Mallouk’s life is eventful enough without the embellishments. Take this part on the death of her lover Michael Stewart. After depicting him as a dependent person Mallouk seems to pity more than anything, Clement turns to position Mallouk as his personal lady justice. Mallouk visits Stewart in the hospital to document the police abuse.

She can’t touch him. He cannot stand for anything else to touch him. Michael Stewart’s parents surrender to this frail, skinny girl who is so strong she could set the world on fire. – Widow Basquiat page 120

Mallouk explains how she reached out to the National Black United Front but they wouldn’t work with her until she revealed she was half-Palestinian. Race is oddly handled throughout the book. Basquiat despises Keith Haring (who donated generously to the legal fight against the police on Stewart’s behalf) for being an appropriator. He’s angry with Mallouk for making any political issue of Stewart’s death. In another scene he tells her she fights like a Puerto Rican. Basquiat seems to equate financial success with fighting racism. Throwing money in people’s faces is more significant than trying to hold the police accountable for murder. I question if this was really his view, and if so, why Clement is at such pains to glorify him as a soldier for Civil Rights.

I say Widow Basquiat is likely brilliant because it brings Clement’s view of Mallouk and Basquiat vividly to life. It leaves the reader with far more questions about truth and perception than it answers. Its composition is as experimental as the art world it’s detailing. It’s probably quite accurate in it’s ugly detailing of worshipping all the wrong things. I reject this concept that art must arise from destruction. In Patti Smith’s Just Kids there is a recognition that these toxic patterns are not value added – that the cruelty of drugs and the Warhol scene are the opposite of beauty. Widow Basquiat doesn’t take that stand. If anything it eroticizes being dope-sick. I hate the world Clement details but I have to respect how effectively she draws it. For the proper reader, this is an amazing book. Also, I hated it.

Final Assessment: There are no winners in this avant garde biography, not even the reader. A 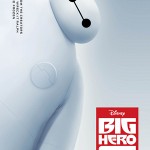 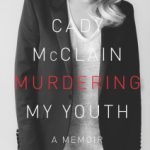 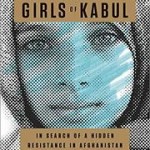 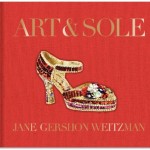 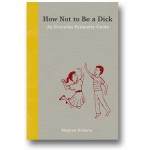