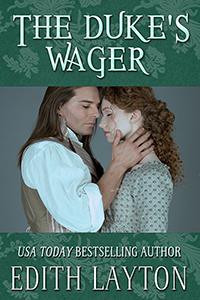 Every genre reader has a definitive author – an author that captures what they love most about romance. For me, that author is Edith Layton. Although I rarely re-read, the only book I read in December was The Duke’s Wager. As Ridley already reviewed this re-release, I wasn’t going to until the Twitter tag #Romance2015 changed my mind. Some of what we currently ask for in Romance the genre used to have. Rather than review The Duke’s Wager I want to discuss, as spoiler free as possible, a few of the things that still stand out about Layton’s debut. The book is primarily told through the point of view of two men, the heroine isn’t fully brought to life until the final chapters. She is seen as her role – a niece, an object of desire, an actor in her own life. Only when she hits bottom and decides to evaluate who she is and what she truly values does her point of view move fully forward.

The heroine is of no particular background, her connections are through business dealings the male rivals have had with her uncle. Although she fits conventional beauty standards, what elevates her is her middle class morality (a staple of the genre) and her strength of character. She earns the respect of others through her choices instead of her blood. This is a core message of romance – you are good enough as you are. You deserve to be loved as you are. You are enough. There’s no rabbit in a hat making her worthy, she simply is.

She had even hinted of having had great-grandparents who were such exotics as Armenians— or was it Arabians?— and one branch of heritage that was certainly of the Jewish merchant class. But, he thought, she was like a swan arising from a barnyard nest. For her face and figure clearly bore the evidence of the fine-boned grace so desirable in his own class. – Layton, Edith (2014-12-11). The Duke’s Wager (Kindle Locations 1341-1344). Untreed Reads. Kindle Edition.

The other women in the book are treated fairly. Female friendship is shown on multiple levels. The woman considered less than the heroine are still shown as complete people, none of them evil schemers. At one point both men reflect on the role of men on the lack of options open to these sex workers, that they themselves are pushing the heroine into a path which leads to that they devalue. It’s the world they live in. As well, Layton doesn’t cover up that Regency wealth is built in the blood of others. England profited from the slave trade in the same way the American North did. Disapproval is one thing, divestiture is another.

There were other business dealings whose nature could not bear too close a scrutiny— certain dealings in a certain trade off the Ivory Coast, certain imports from across the not-completely-war-locked channel, business matters best left in the dark where they could grow full and rich, like mushrooms in a damp cellar. But profitable. – Layton, Edith (2014-12-11). The Duke’s Wager (Kindle Locations 626-628).

Ah, but then you do it in secret, on the sly, and let the world believe that you have an independence unsullied by the grubby touch of the shop and the ships and the slave trade. – Layton, Edith (2014-12-11). The Duke’s Wager (Kindle Locations 2483-2484). Untreed Reads. Kindle Edition.

The men of the book are not faultless and shining. Heroism is often unheroic in a Layton book. These are people, as flawed as any. One wants the heroine first because his rival does, and then because he comes to see how empty he is.  The other is an absentee father who sees the heroine as a new toy. He knows he’s empty and no longer sees a way to repair himself. His cynical acceptance of that makes him dangerous. Here, one of them dismisses a mistress who is at first angry and then terrified for her future.

He noticed again, with distaste, as she had left, how sagging her body had been, how rumpled that face that he had found acceptable only a few weeks before. How entrancing her somewhat humid lovemaking had been. But now he could only think of clear green eyes, of a long, slender, elegant female form. – Layton, Edith (2014-12-11). The Duke’s Wager (Kindle Locations 2870-2872). Untreed Reads. Kindle Edition.

At the end of The Duke’s Wager three people living in different levels of denial about who they are come to see their lives clearly. Two of them get a happy ending and one of them gets a wake up call. To me, this is the genre. I don’t care who stroked what or why, I care about the progression of emotion and self discovery between complex people. It’s a fairy tale I never tire of, and one I find increasingly difficult to locate. My plan is to reread each Layton as it’s rereleased and try to experience them again with the knowledge that not every book is as successful as The Duke’s Wager, but all of them were a gift to me as a reader. With the release of previously unavailable material I will once again read the last book by Edith Layton and there will never be a new one. It’s a win and a loss. Much like the victories of her embittered hero.

Final Assessment: Classic love triangle with a low heat meter but a high level of engagement. Buy it. A+ 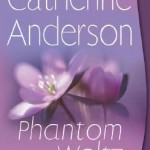 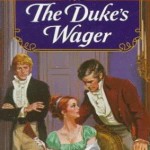 4 Responses to “The Duke’s Wager by Edith Layton”