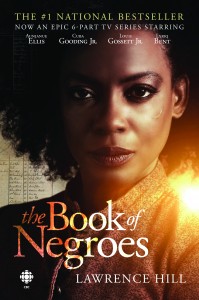 When we closed E2 all trust between Lindo and Aminata had been broken by his conspiracy with Appleby. Arriving in New York,  Aminata is shocked to discover a community of free blacks. In addition to the shanty town, the inn Lindo brings them to is owned by a freed black man, Sam Fraunces. Sam is a total bait and switch. He’s charming, he’s respectful, he’s resourceful, and he helps Aminata escape Lindo. Actually, he helps Aminata pretty much in every way he can think of. It’s obvious that if not for her marriage to Chekura, Aminata would be looking at a serious relationship. Unfortunately, Aminata is all about Chekura all the time. Maybe it was the actor, but every time Chekura showed up Aminata was as thrilled as I was disappointed. E3 & E4 are all about the American Revolution.

E3 does a deft job of showing the hypocrisy of the patriot. They don’t want to be slaves to the British. Their blindness is such that they not only say this with a straight face to black citizens, they reject any suggestion that freedom should include slaves. TBoN lets no one off on this point, especially not Sam’s buddy Washington. Aminata repeatedly asks him why he holds slaves. Washington declines to answer. In E4 it goes further, with Washington angrily objecting to the British removal of “American property” in the form of black refugees. E3 is about the war and E4 is about the aftermath.

Chekura and Sam are on opposite sides, with Aminata in the middle. She trusts no one, but she chooses the British who pretend to value her over the Patriots who have proven they don’t. There are some interesting moments for side characters as Aminata argues with a friend who considers herself American first and black second. Sam insists on staying loyal to the American cause as an early believer in trickle down civil rights. Aminata takes a job with the British, inscribing the name of each refugee in The Book of Negroes so reparations can be made to dispossessed American slaveholders. In a world that considers them property Aminata is offering them the opportunity to be seen as individuals. She treats the taking of their name and the hearing of their life as a sacred trust.

Eventually, the British withdrawal must end. Some find themselves retaken by slavers, some safely board the boats bound for Canada. Aminata is seized and once again separated from Chekura. Her original captor, Appleby, has arrived to fraudulently claim ownership. With Chekura gone it’s Sam to the rescue. He provides proof of her sale from an unlikely source, a man beset with white guilt. This makes the second time that Sam has provided Aminata with the means to escape her captivity. Aminata is grateful to but remains determined to flee the colonies. Her eyes remain on the prize – a passage back home to Africa. We leave E4 with Aminata once again setting sail to an unknown fate. 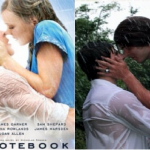 One Response to “The Book of Negroes E3 and E4”