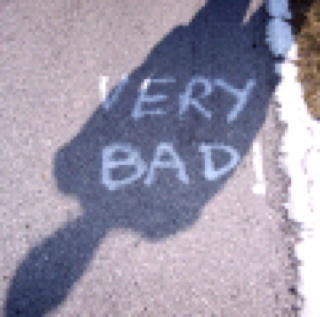 On September 14, cancer did what cancer does and stole a damn good woman away from us. Meoskop, who also answered to Liz, leaves behind her husband “S”, two daughters, 11 and 15, her brother @Tothiro and a metric shit ton of broken-hearted friends, both online and off. She was 47, which is way too damn young, and this was the third time she’d had cancer, which is just fucking unfair. When she received this most recent diagnosis just a few months ago, she created the hashtag #DogNamedLucky – a blend of the ironic and gallows humor that made her so loved – where she chronicled her treatment and vented about her condition. She suggested we mute it, but I seriously doubt anyone considered it.

@_Ridley_ nurse brought me a box of Kleenex and the oncologist said "well, she doesn't know you like I do"

I first met Meoskop in the comment section of Dear Author about five years ago. It was the tail end of the romance blogosphere’s Golden Age, when blog comment threads regularly went to a hundred or more. If you see a thread like that now, it’s probably on some earth-shaking bit of drama, but you used to get multi-page comment threads on everything from favorite tropes to why the “babylogue” is a problem to why a romance better have an HEA, or we’ll fucking cut you. Romland was and is full of incredibly smart people and you couldn’t swing a cat without hitting someone with an advanced degree in that crowd, but I swear Meoskop was the wisest woman in the room. She packed more genre knowledge and solid reasoning into a handful of sentences than other posters had in their novelette-length comments. Few people shared her ability to cut through bullshit and get to the point or shared the insight she had as someone who’d been reading romance for decades. Rarer still was her willingness to have difficult discussions and to speak up for marginalized people.

@_Ridley_ well, it’s So Big and they think there’s No Way It Will Fit into their lives and… oh damn. I’m Like That today.

Meoskop often joked about her “record store clerk” taste where her tastes were objectively good, but she always respected others’ right to their bad opinions on books or music. In a community that valued “nice” and decried “reader shaming”, she wasn’t at all afraid to say something was Not OK, even if it was the hottest new trend. She insisted that “dark romance” was mislabeled erotica and had no time at all for the genre’s handwaving on abuse dynamics. When favorite authors switched to erotic romance, she got grumpy, as she was a sex scene skimmer. She did not go along to get along, and thank god for that.

@_Ridley_ I write every review from my porch, waving an angry cane. Since I was a tyke.

Romland slowly migrated off blogs and onto Twitter, where Meoskop was one of the first romance people I followed. She was someone I felt comfortable talking to about damn near anything. It was her super power; she’d told me that perfect strangers routinely told her their life stories unprompted. I knew I could tell her stuff about my private life and she would never share it with anyone. She was maybe the only person I could talk to about the dumbass things disability makes my body do who truly understood and could commiserate or chuckle with me. If I ever had an argument I needed a third party opinion on, I trusted Meoskop’s judgement more than anyone’s. She was the perfect confidant: empathetic, fair, and always, always honest.

@_Ridley_ ME! That’s me, right? We’re talking about me?? #FavoriteSubject

There are a million things I’m going to miss about Meoskop: her excited tweets about buying tickets to shows and music festivals, her dry, surgical wit, the running commentary on how her soaps were trying her last nerve, the enormous hand she had in keeping this site running. I think about how we’ll never hear more stories about 11 and 15 or read another review from her, and marvel at the magnitude of what we have lost. She didn’t have a million Twitter followers, or a high-profile blog, but she left an indelible mark on those of us lucky enough to share a fandom with her.

You really were, you know. Goodbye, Meoskop. I’m going to miss you so much. <3